Plus, Frank and Oak raises $16 million in Series C funding.

These are the stories making headlines in fashion on Tuesday.

Jason Wu to exit Hugo Boss
Jason Wu is leaving Hugo Boss, after almost five years as its women’s wear creative director. On Tuesday, Wu will present his final collection for the German fashion behemoth, before leaving to focus on his own eponymous label. Meanwhile, Hugo Boss’s chief brand officer Ingo Wilts told WWD that the label wants to redefine its women’s business by creating products that better address a younger customer. {WWD}

Frank and Oak raises $16 million in Series C funding
Frank and Oak, a Montreal-based apparel firm, has closed a $16 million Series C financing round led by Caisse de dépôt et placement du Québec. Other investors include Goodwater Capital and Investissement Québec. The company plans to use this round of financing to support online growth, invest in new technologies to elevate and further personalize its digital experience and continue to innovate through the introduction of new womenswear and menswear product offerings. {Fashionista Inbox}

Kering distributes Puma SE shares
On Tuesday, Kering announced its plans to distribute one Puma share to its shareholders for every 12 Kering shares held. Upon completion of this transaction, Kering will retain 2,368,558 Puma shares and will represent 15.70 percent of the share capital and 15.85 percent of the shares outstanding. The Puma share plan, which is a part of Kering’s strategy to reduce its holding in the German sportswear brand, will be proposed at the annual general meeting in April. {Fashionista Inbox}

The fashion world struggles with fake followers
It’s common to find an Instagram account that boasts hundreds of thousands of followers and subpar content — it’s called buying your followers. But spending money to inflate social following is a major disservice to fashion, beauty and retail brands that are on the look-out for influencers to partner with. Brands spend millions of dollars on influencer marketing, and yet may see little return on their investments. {WWD}

Meet the photographers shattering Instagram’s perfect image
Instagram feeds are filled with pore-less, overly-edited versions of people or even computer-generated influencers, but there’s a new crop of artists and models who are trying to showcase their most authentic selves by stripping away the filters. In doing so, they’re giving way to a much-needed realness that has been lost in one too many images of the Kardashian klan. {The New York Times}

John Mayer reveals his secrets to perfectly smooth skin
Over the weekend, John Mayer posted an Instagram story about the state of his skin. At 40, the singer-songwriter and newly-retired womanizer has picture-perfect, baby-soft skin — so what gives? According to his brief beauty vlogging segment, his glowing complexion owes to his lifestyle: no drinking or smoking; healthy eating; minimizing sun exposure; and also the state of his relationships. In other words, he gave up on pleasure, and his skin is truly benefiting. {The Cut}

Millennial shoppers fuel luxury market growth in China
Chinese millennials have a growing appetite for high-end jewelry, clothes and beauty products, thanks to rising incomes and the increasing ubiquity of smartphones. China’s mainland shoppers are reported to have spent an estimated $22 billion on luxury goods in 2017, and according to a consultancy firm in Shanghai, Chinese millennials aged 20 to 34 are its biggest spenders. {Nikkei Asian Review}

“Black Panther” stars cover Essence
“Black Panther” has given fashion and beauty fans plenty to be excited about, including the celebration of natural hair in the film and the many powerful looks its stars have been serving on the red carpet. On Tuesday, Essence added to that list by revealing its gorgeous new cover shoot, featuring the film’s female stars, Lupita Nyong’o, Danai Gurira, Angela Bassett and Letitia Wright. {@lupitanyongo/Instagram}

BFC/Vogue Designer Fashion Fund reveals shortlist
The British Fashion Council has unveiled the names of the designers shortlisted for the BFC/Vogue Designer Fashion Fund: Designers David Koma, Huishan Zhang, Le Kilt, Marques’Almeida, Molly Goddard and Rejina Pyo are all vying for the prize of 200,000 euros, access to investors and a year-long mentoring scheme. The winner will be revealed in London on May 8. {Fashionista inbox} 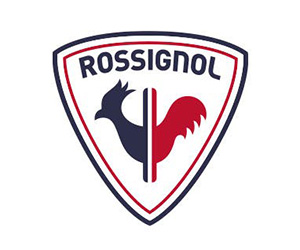